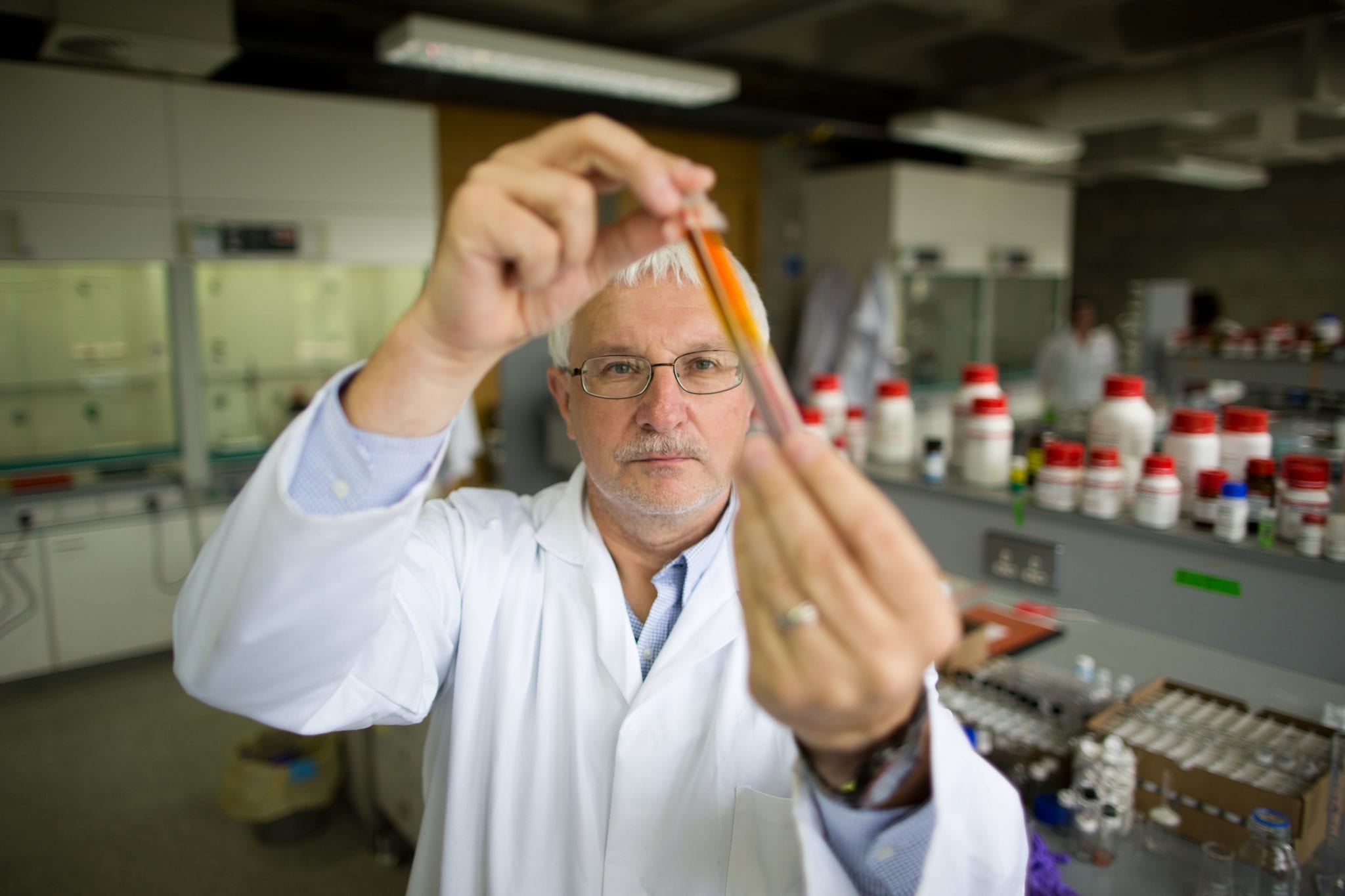 Congratulations, Prof. Michael Zaworotko, SSPC Co-Director, Bernal Chair of Crystal Engineering and Science Foundation of Ireland Research Professor has been named twice or work in the fields of chemistry and pharmacology/toxicology in the 2018 world list of Highly Cited Researchers.

Prof. Zaworotko currently serves as Bernal Chair of Crystal Engineering & Science Foundation of Ireland Research Professor at the University of Limerick, Ireland. He was born in Wales in 1956 and received his B.Sc. and Ph.D. degrees from Imperial College (1977) and the University of Alabama (1982), respectively. He served as a faculty member at Saint Mary’s University, Nova Scotia, Canada, from 1985-1998, at University of Winnipeg, Canada from 1998-99 and at the University of South Florida, USA, from 1999-2013.

His research activities have focused upon fundamental and applied aspects of crystal engineering since 1990. Currently, metal-organic materials (MOMs), especially microporous and ultramicroporous sorbents, and multi-component pharmaceutical materials (MPMs) such as cocrystals, hydrates and ionic cocrystals are of particular interest. He serves as Associate Editor of the ACS published journal Crystal Growth & Design and is a Fellow of the Royal Society of Chemistry, Learned Society of Wales and of the Institute of Chemistry of Ireland. In 2017 he was appointed to serve as Co-Director of SSPC, the SFI Pharmaceutical Research Centre.

Melba et al. based at University College Dublin published a paper in Chemical…

In conjunction with SSPC Technical Meeting being held in the Joly Lecture Theatre,…

SSPC investing in future innovation for the pharmaceutical sector

The SFI Research Centre for Pharmaceuticals